How to Get Bail in Georgia

Do you need to understand the bail bond process? Learn how to get bail bond in Georgia and get a person out of jail fast.

What is Bail Bond

A bail bond is effectively money you provide to get out of jail. The money represents a good-faith promise that the accused will return for all hearings and trials. Per Wikipedia, “Bail is part of pre-trial restrictions that are imposed on the accused at a preliminary hearing. Bail is a conditional release of the accused with the promise to appear in court as required by the court. “1

What is the Difference Between Bail and Bond?

Per the Justia website, “The words bail and bond are often used almost interchangeably when discussing jail release, and while they are closely related to each other, they are not the same thing. Bail is the money a defendant must pay in order to get out of jail. A bond is posted on a defendant’s behalf, usually by a bail bond company, to secure his or her release.”2

How Is Bail Determined?

Firstly, there is no legal guarantee or Constitutional Right that a judge is required to grant bail. In fact, the State of Georgia enacted a law for more than 20 criminal offenses for which bail will not be granted. For charges where bail is permissible, the amount is determined by the governing court (judge). For some crimes, such as a simple DUI without other charges, the court system may have a preset amount of bail. This reduces burdens on the court system and allows people to get out of jail faster. For more serious offenses the person arrested will be held for an arraignment hearing. This is a brief court appearance where a judge will address the charges and listen to a brief response to questions. At this time the judge will announce either denial of bail or the amount of bail required to get out of jail.

How Does Bail Work?

Anyone over the age of 18 can post bail for an arrested person. Usually, bail bonds are posted by someone close to the person arrested (relative, friend, etc.). A person who wants to post bond must “put up” the full amount set by the presiding judge or court system. Although some people can come up with the money on their own most people enlist the aid of a licensed bail bondsman.

What is a Bail Bond Company or Bondsman?

Per the Cornell Law website, “A bail bondsman is a person who provides bail bonds for people charged with crimes and who do not have the money necessary to post the entire bail with the court. The bail bondsman acts as a surety by providing money to the court for the person’s bail, promising the defendant will appear in court.”3

Bail bonds companies are privately owned and licensed sources that effectively arrange a short-term loan to get people out of jail. The person working with the bail bondsman is usually required to provide with 10-15% of the total bond amount. The bail bond company will furnish the difference in order to pay the full amount of bail requested by the court. The person obtaining the bond will be required to pay the bondsman a fee for use of their money.

If you need a bail bonds company you can simply do a Google search and find a number of bondsmen in your area.

How Can You Pay the Bail Bond Fee?

It’s a real problem for a lot of people to come up with a lot of cash. It’s very common for the person arranging for a bail bond to need $500 to thousands of dollars. Bail bonds companies see this on a regular basis. Most bail bonds companies will work with you by accepting cash, credit card payments (even multiple cards), or securing personal property as collateral. The AboutBail.com website provides more information on types of collateral you may be able to use. They specifically state, “Collateral can come in many forms; it can be your house, jewelry, or other assets of a certain given value.” 4

Can You Bail Yourself Out of Jail?

It is completely legal for a person to pay their own bail. The challenge is that the person arrested must have the full amount of bail when they are booked into jail. A huge issue is that these days, if you are carrying large amounts of cash, it will probably be confiscated by the police. Unfortunately, the police automatically assume that you are up to no good if you are carrying large sums of cash. In most cases, the arrested person does not pay their own bail.

What If You Can’t Make Bail?

More than likely you may be out of jail in 1-3 working days for charges like shoplifting. For very serious crimes a judge may deny the ability to post bail. If you are stuck in jail because you cannot make bail, on a relatively small charge, your trial date should be set within 30 days of the arraignment hearing. Obviously, trials for major crimes such as murder may take much longer to schedule due to criminal defense lawyers requesting more time to prepare their case.

Bond Forfeiture and Failure to Appear

If the accused does not show up for court there are immediate consequences. The Judicial Council of Georgia clearly states, “If you miss your court date, a bench warrant may be issued for your arrest, and you could be arrested. If you are charged with a traffic case and miss your court date, not only could you be arrested, but your privilege to drive in the State of Georgia could also be suspended.”5 Additionally, the court will keep the entire amount of the bond provided. This means the person who arranged for the bond is legally responsible to pay the full amount to the bondsman. In these situations, the bonding company will use bounty hunters to find the absconded individual. When caught, the accused will be denied any new opportunity for to bond out of jail. The accused will still face the original criminal charges plus additional failure to appear and absconding charges.

If you or someone you know has been arrested you should contact a local bail bondsman. Your next move is to hire a local defense lawyer to represent you at preliminary hearings, fight for dismissal or reduction of charges. The defense lawyers at Burns & Smith offer post-arrest, pre-trial and expert representation jury trial representation. 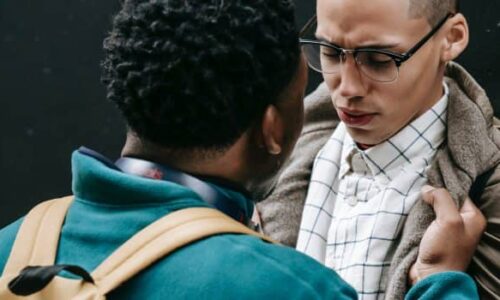 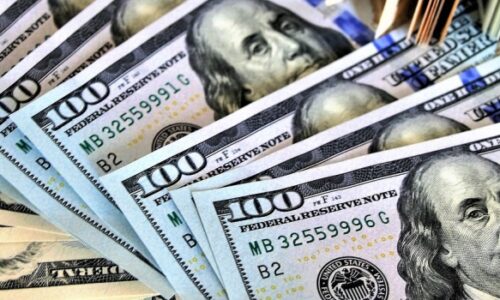 Consequences of Money Laundering in Georgia